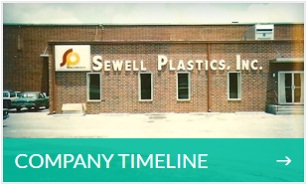 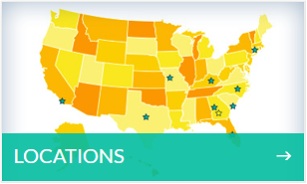 Hello, my name is Drew Sewell. I am a Vice President for CKS Packaging, a family owned plastic bottle manufacturer. We are located 1.5 miles south of 1-20 in an office park just off Fulton Industrial Boulevard at 445 Great Southwest Parkway. One day while on my way back from a customer visit, I was stopped by the traffic light at the intersection of Fulton Industrial and the west bound exit ramp of 1-20.

While I was sitting there minding my own business, a young woman no more than 15 years old crossed the street in front of me. She was scantily clad in revealing clothing with very tall high heels and was obviously a prostitute. Following along about 15 yards behind was what appeared to be her Pimp.

Immediately I was hit with the Compassion of the Holy Spirit and began to weep for her sinful condition and her eternal destination. You see, I have two teenage daughters ages 13 and 15. I could not help but think that except for the Grace of God there goes one of my daughters. At the same moment that I began to weep, the Lord spoke to my spirit and said "WHAT ARE YOU GOING TO DO ABOUT IT?" I responded as you might have and said "What can I do about it?" Just then the light changed to green and I turned left onto FIB to go back to the comfort of my office. I was hoping that was the end of it when the Lord spoke to me again and said...

"What are you going to do about it?"

Knowing that I was busted and that the Lord was not going to let me rest until I heeded His call; I gave up and pulled over into a parking lot next to a nude bar and adult toy and video store. I hoped no one would see me as I called a good friend of mine, Phillip Bray, CEO of Safehouse Ministries in Atlanta. They specialize in rescuing prostitutes and helping the homeless. He told me to get her in my car and bring her down to his facility and they would help to change her life.

This is where the eyes of my understanding were opened. As I went up and down every side road looking for this young lady I was shocked at what I saw. The area looked like a war zone with a large portion of businesses abandoned, burnt out, or boarded up. I counted 7 restaurants that had been relocated or run completely out of the area. I saw 6 strip clubs and 3 adult toy and video stores, all within a 1/2 mile radius of where the Lord spoke to me. I was amazed at the blatant sin right out in the open in broad daylight in the middle of the afternoon. Every time I slowed down to look for (or ask if anyone had seen) this young lady; I was approached by zombie looking people apparently wired out on drugs. They were trying to sell me sex, crack cocaine or merchandise to support their habit. I was literally seeing a modem day Sodom and Gomorrah right before my eyes.

I never did find the young lady and today I am convinced she was an ANGEL. As I rode around the area the Lord began to unfold His vision for these lost and hurting people. He showed me an empty parking lot and told me to organize a day of worship and outreach to take the area back for the kingdom of God. With the joint efforts of the local businesses, churches and concerned citizens we held the inaugural Impact Fulton Industrial in June 2007 and had 1200 attendees. We saw 16 individuals leave this lifestyle, 4 were prostitutes and the rest were drug addicts and alcoholics. By our best count 30 people were saved. We hosted Impact Fulton Industrial II in September and we had over 5000 in attendance. 50 or so have left for rehabs and hundreds were saved or rededicated their lives since then.

I have two questions for you. One, If Jesus was here in our area today, where do you suppose he would be? And two, "What are you going to do about it"? The answer to the first is easy, right down on Fulton Industrial in the middle of all the sin. The answer to the second is not so easy. I hope you will get the answer right and join me in making a difference in the lives of these lost and hurting people. Come see what happens when love comes to town.

You can contact me on my cell phone if you want to help by donation, volunteer, or have questions concerning this life changing event at 404-391-0252.

I Sincerely Thank You, God Bless You!
Drew Sewell